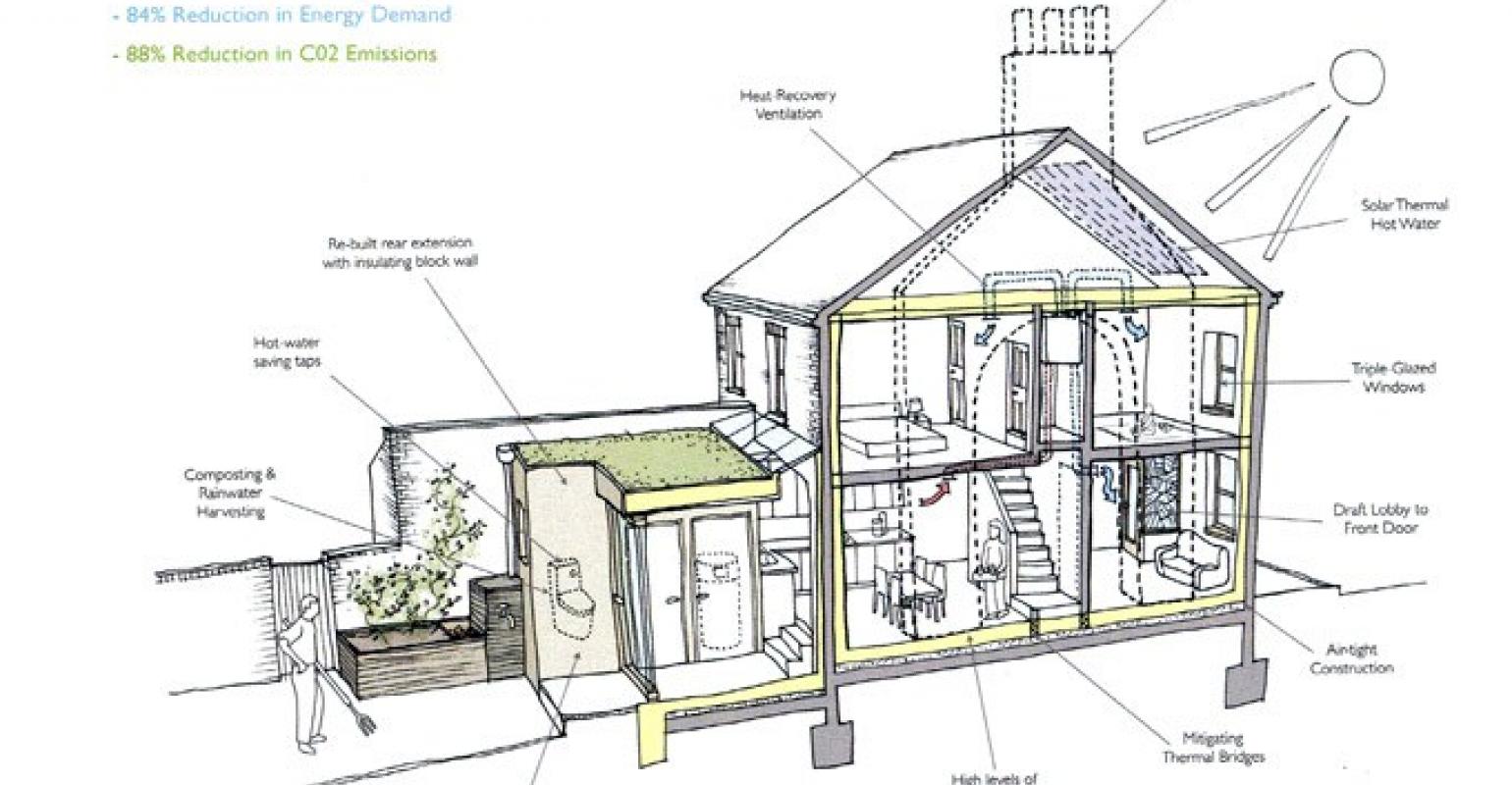 We’ve touched on what a passive house is, the Passivhaus Standard and why we’re a-bloggin’. We’ve shared our research process with you as honestly as we could, much to the horror of some of our engineer friends out there – but we’re honest about how we approached figuring out where to start on our path. Consumer reality is often not as ‘organized’ as the industry experts might hope, and we feel it’s important to be true to our reality.

And it was at this point that we visited the Building Green Expo in November 2012. We’d spoken to a number of engineers before then, but it was at the Expo that our eyes were finally opened! We met with another 3 experts after the Expo, and after speaking with Stefanos Pallantzas from Project 15 and Nasia Roditi from Architect Lab we found the knowledge, expertise and chemistry we hadn’t even realized we were looking for.

We wanted to share our own personal reasons for choosing the Passivhaus route to build our home. And for 2 days I’ve been writing, deleting, rewriting… Writer’s block already!? Not good. Then I realized I was trying to create something impressively complicated, out of something so simple.

It again took me back to when we were researching about Passive Houses and the Passivhaus Standard – we felt there should be more to it, we were digging and digging, trying to seek out the new technology, the big innovation, the gimmick. But that’s the beauty of this philosophy. It’s simple, and it works.

So here are our reasons, simply put. They may not be technically robust, but they are the true, very honest and real reasons we based our decisions on. We feel no need to ‘add salsa’ to it to make it cleverer or make us out to be something we’re not. As the results speak for themselves in over 40,000 passive houses worldwide, we’re just as eager as you are to see the theory living in practice in our new home.

So from a boy called George (G) who loves his facts, and a girl called Mimmika (M) with her head sometimes firmly in the clouds, here it is why we are building a passive house…

…A passive house uses 90% less energy than a similar conventional house for heating and cooling. Not that shabby!Passive House

…The air in the house is replaced every 2-4 hours. As a dust allergy sufferer, the fact that all the stale air (exhaust air) is removed from the house and the fresh air from outside is filtered before entering the house, means we can breathe easy. Though you can if you want to, no need to open windows either, especially on those windy days Paros is famous for! And who couldn’t do with a little less dusting!

…The whole house is the same temperature, without hiking up the bills. And temperatures ranges from 20-25 degrees Celsius in summer and winter, with no cooling or heating systems turned on.Insulation & Thermal Bridges

…Clever positioning of windows and shade allows the sun to warm the house in the best way for each season. The heat generated from every little thing in the house is used, even the dog! The mechanical ventilation system retains the heat and injects it back into the fresh air it breathes into the house through virtually invisible ducts. And both heating and cooling mainly happens in the same way using the temperature captured from the earth via pipes that run under the house. In summer the earth is cooler than the outside air, and the reverse happens in winter.

…Ventilation, heating, cooling and domestic hot water is taken care of by one cost effective system. No need for separate air conditioners and radiators!

M: No drafts! And no loss of heat or coolness.

…The house’s insulation, the air-tightness and the thermal bridge free construction are the keys focus. Walls, floors, ceiling and even window sills are insulated. So the house is airtight, which means a pleasant temperature is maintained, no drafts, no humidity – so no chills! – and again, all this means increased energy efficiency.

G: No restrictions to systems you can add to your implementation.

…Solar energy? Wind generators? Borehole water? And though not necessary, under floor heating or air conditioners if you feel you can’t live without them?

It’s all possible and easily integrated. Though the “motto” of our designers is just a … KISS (Keep it Simple, Stupid. Side note – they have never literally called us stupid of course!)

…Though often presented as a ‘box style’, a passive house can also be applied to each home owners preferred design tastes. Focus will be given to the internal layout, windows positioning and their certification and flooring chosen, but past that, you’re free to create to your heart’s content. We’re going for a modern design based on traditional Cycladic ideas… sneak peak coming soon!

G: And it’s not expensive!

…When we first looked into it, we though there was no way we’d be able to afford any of this. To find out that the overall building bill will only by up to10% more than that of a conventional house came as a welcome surprise and a relief. Considering the savings the energy efficiency of the house will render in the long run (around €4k a year for us), it’s a no brainer! Your resale value should be about 30% higher, and as your house is automatically classified as A+, here in Greece you also receive a gift of an additional 5% to build over and above your allocation.

M: And we’re doing our bit to help our planet.

…Passive Houses are virtually carbon neutral. They save energy and reduce greenhouse gases – not just a little but a great deal. And the need for these savings does not only exist on paper but also in real life. The Resolution of the European Parliament of 31 January 2008 calls for its implementation by all member states by 2011. On 17 November 2009 the European Parliament and the Council fixed as a deadline for all new buildings to be nearly zero energy buildings.

In June of 2012, Greece, Bulgaria, Italy and Portugal failed to submit their action plans to reach this target and were called to action once again on 24 January 2013. Should we continue to ignore this matter, our country will be taken to court and fined once again, which really is the last thing we need. How will the fines trickle to the man on the street? More energy price increases?

As individuals, we can’t ignore this as a real problem any longer. And Passivhaus is a simple solution for anyone building a home, an office, even hospitals and schools, a solution that will make a real difference, on paper, in practice and to your pocket.”